In Brazil, about 35 percent of the population own an internet-capable mobile phone (link). Over 80 percent use the internet every day (the figure is in correlation with income), 41 percent of them shop online. In Facebook membership, Brazil ranks 2nd worldwide (link), it overtook Google’s Orkut earlier this year (link). Over 40 million Brazilians are on Twitter (link). But even more specifically, Brazil is by far more than a digital developing country. In 2009 Brazil had 65 million internet users (it almost doubled in four years). There are over three million registered .br domains today. Brazil leads worldwide in use and advocacy of open source software, its recently passed freedom of information law is a milestone, and the country is one of the few worldwide that successfully employ electronic voting on a national scale. Brazilians interact with each other and with their bureaucracies via the internet, and due to the global nature of it, increase domestic demand for goods and services they see being consumed around the globe. Johnnie Walker’s “keep walking” video ad in 2011 was a super-viral YouTube hit. Google’s latin america chief wrote exensively about Brazil’s branding ahead of the world cup and the olympics (link). Brazil’s economy is digital – and where it isn’t, the potential is huge.

After a slow telecoms liberalization in 1998, today’s state of the IT infrastructure is still lackluster. Brazil does not have true broadband internet connectivity, explained a former Alcatel-Lucent executive to me two years ago. In some areas, the internet “slows down” in the evenings, when people come home from work to check their email and watch TV shows online. The average 1Mbit downstream, and records of 35 are not country-wide offerings. The government’s plan to bring broadband to 88% of the population (link), and reuse old optic fiber cables, as well as advancements in mobile, is an investment of 1 billion reais until 2014 (national broadband plan) and a lot more over the next 10 years (link). Despite the digital avant-garde, especially in the bigger cities, most of the country is both less affluent and less online, but this gap is closing fast. Whereas for example railway infrastructure investments are largely executed by international technology companies (if you consider the example of the planned Rio-Sao Paulo high speed rail connection), the digital infrastructure is a more diverse picture, with many domestic and international players. Interestingly, Rousseff’s government is utilizing private actors to ramp up the domestic broadband infrastructure, rather than supporting the formerly state-owned phone company Telebras, which has a mandate to fill supply-side gaps in the market. 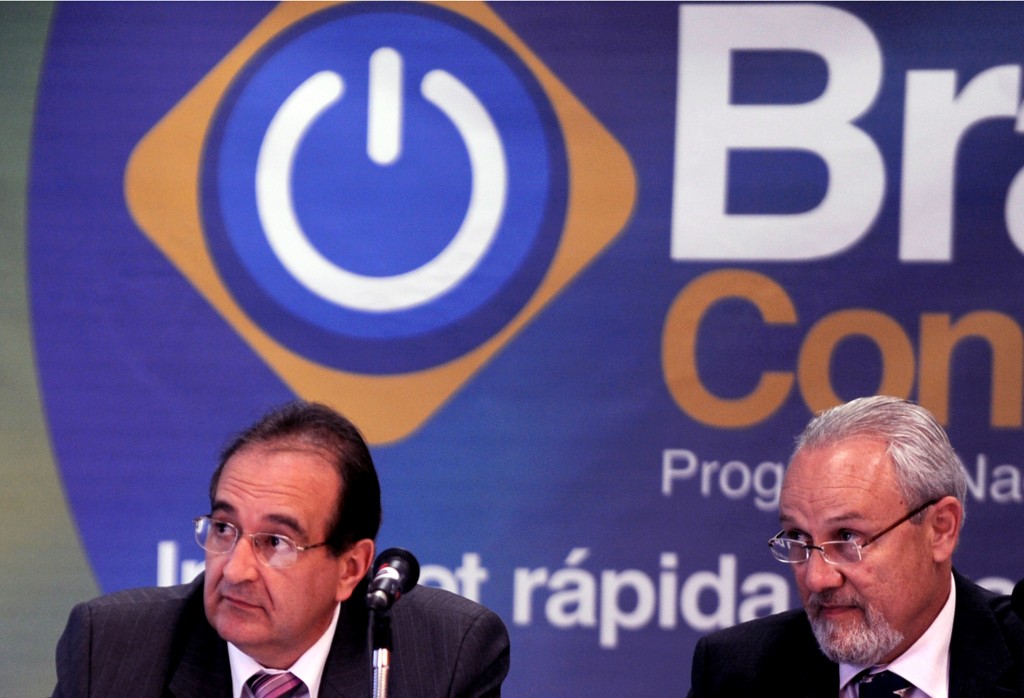 Testament to Brazil’s potential is the willingness of some of the bigger global e-commerce giants to (finally) try their luck. Amazon, the world’s largest online retailer, incidentally named after South America’s biggest river, is considering investments in Brazil starting next year (link), with one big exception: digital goods only. The country’s rail and road infrastructure, insufficiently modernized postal system and its size make a market entry hard for a company whose trademark business are precise logistics, overnight shipping and cheap parcel deliveries. Today, only 9 percent of Brazil’s roads are paved. Dilma Rousseff’s government knows this. Over the next years, over 160 billion reais are being spent on traditional infrastructure (about one percent of GDP).

Small is beautiful though, not only the giants are awake and seizing opportunities. The start-up industry is also flourishing, yet not without problems (link). Especially the cosmopolitan centers of São Paulo, and to a lesser extent Rio, Brasilia and Belo Horizonte, boast interesting new start-ups in services and commerce in many areas (link). The country has a strong number of young, well-educated digital natives, and entrepreneurship is high, even though some areas of the economy are highly state-dependent and attractive government careers are in high demand and well-paid. Investors are aware that the domestic market alone is potentially huge, but conquering Latin America from Brazil offers a whole new perspective. Property markets are heating up, not least because of the two sporting events coming up, so creativity brings up different solutions: Projeto 767 is a tech incubator that will be housed in a grounded refurbished airplane.

So, for Brazilians and international investors, the country is more than acai-berry exports, beach tourism and soccer – it is spearheading a global digital revolution. A quick look at the providers association’s website also shows that in terms of discourse and academia, the digital polity has already invaded the policy agenda (link) with all the issues facing governance around the world. More innovative digital policy is on the way, with the “marco civil da internet” (a project that was built in an open debate where thousands of citizens could collaborate online), which tries to consider the digital civil liberties in new legislation for example in terms of net neutrality or third party content liability. With its very capable public service, and a small but hyperactive techie community, the country is well-equipped for managing the transition.

The next few years will see more rapid growth in internet-related innovation and growth, supplementing the country’s ascent in other areas. If the past two (including the current) presidencies are of any indication, Brazil will weather crises well and become an enormous power-house in the global knowledge economy. A litmus test will be whether it will bring about a company the size of one of the AGFAs (Apple, Google, Facebook, Amazon). In a country where scepticism towards US-based corporations is high, the room for (local) innovation is big. Who will fill it?