Book review: They Marched into Sunlight 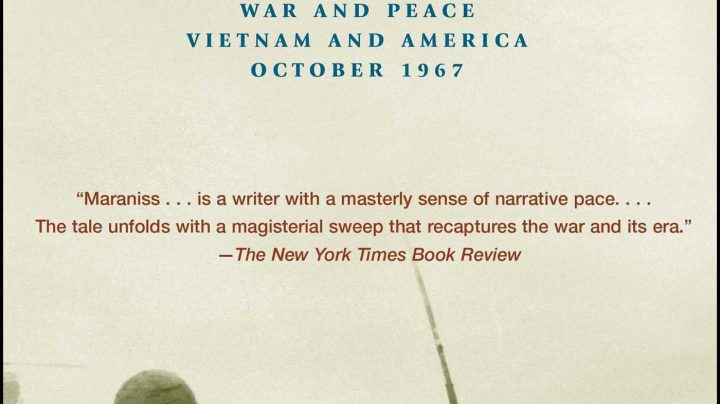 They Marched into Sunlight is a monumental writeup and acrimoniously researched documentary of a very crucial moment in US history, told from various contemporary perspectives in two different parts of the world. The book is full of names, so takes a while to get into it. Interestingly, it is written like a novel but non fiction. After starting to read it I had to google a few times to really make sure I didn’t accidentally buy a novel.

The book is a great addition to other work on the history of the Vietnam War, or documentaries like Burns‘ The Vietnam War. It’s almost kind shame that it doesn’t continue – the book really does just focus on a specific point in time (the sub title reads „War and Peace Vietnam and America October 1967“ and it’s exactly that) with almost clear cutt-off dates, without an outlook that’s broader. On top of that, almost a fourth of the page count goes towards sources, bibliography and more, so don’t be put off by the page count, the book itself reads rather quickly, as it is tremendously well written and engaging.

Interestingly as well, I personally know someone who’s related to one of the book’s main characters, I suspect that may have been a reason I had put it on my watch list several years back. Highly recommended. You’ll learn a lot about the academic world at the time, the Dow protests, but also how the war was like in these times from the perspective of deployed troops – and the families at home.