How RIM could have saved Blackberry

I have been a Blackberry user ever since I turned my back on Nokia in 2008. That was my start into the smartphone world. I got a Bold 9000, then RIM’s flagship business phone, and I loved it. Messaging was a breeze, and it helped me increase my email turnaround and calendar management. The browser sucked, but let me get to that later. After that one gave up on me in 2011, I got one of the successor phones, but not the very latest Bold (which was a mistake, because it didn’t have the latest OS on it, and thus still a shitty browser – and it was just not a good device). I now own an (older) Android phone, one of the few with a QERTY keypad that are available (Motorola Pro+). I turned my back on Blackberry because the high price did not came with a good return: unusable browser, faulty apps, frequent break-ups. Instead of investing another couple of hundred euros in the very latest model – which sure wasn’t able to keep up with the latest the smartphone world had to offer, I got an older model from the competition, and while that is also a flawed phone, it can do so much more than a Blackberry. Granted, Blackberry does a lot of things a lot better but hey…

RIM’s share in the smartphone market has been constantly falling, and in recent years drastically, since about 2006. The new mobile market is divided into Apple devices with iOS, and a range of devices running Android. A small share of Noka/Symbian and Windows Mobile devices make up the rest. How did RIM, the former smartphone pioneer, lose so much market share and disgruntle their core target market, the enterprise customer? I think that is because of two main reasons: RIM didn’t understand the power of platforms, and it failed to innovate, making Blackberry users feel backwards in company of friends and colleagues who were equipped with the latest, app-savvy palm-size supercomputers. 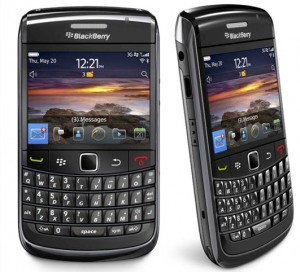 The last Blackberry I bought, the Bold 9780

I believe that one very simple strategy could have saved RIM, and at the same time turned around the mobile market forever, and I am publishing this here free of charge, feel free to thank me later, companies.

Currently, the mobile market is either of the closed shop kind (Apple+iOS, RIM + BBerry OS), or alliances (ZTE/Huawei etc + Android, which isn’t as open as some make it sound) or desperate measures (Nokia + Windows). In almost all cases, there is also a very close connection to mobile operators, reducing customer choice and update possibilities for most users around the globe, no matter which TelCo plan they chose. I think Firefox OS will unravel this whole system, but that is a different blog post. Here is what I think could have saved RIM:

1) Say goodbye to your own operating system. Blackberry OS used to be simple, intuitive and minimalist, but it was unable to handle touch interface and increasing features, so it just became bloated and buggy.

2) Concentrate on your strengths. For RIM that is on the one hand a flagship device hardware that looks good and is of high quality (think the flagship Bold devices) and on the other hand an enterprise infrastructure with security features.

3) RIM should have made a very small range of new, very high-quality devices (one touch-only, one with traditional QERTY and a third that is hybrid, fold or something completely new), make them universally compatible for them to run any operating sytem (Windows or Android, or Ubuntu, or Firefox OS, the point is the same), and then monetize with strength number two, the infrastructure, as a premium enterprise-grade service.

Brilliant? I think so: RIM could have concentrated (with one of their branches) on state-of-the-art hardware (in a way not unlike Apple – I still think Apple is an outstanding hardware producer and a mediocre software maker) and with the other branch on an infrastructure service what would sit on top of any mobile OS running on their devices (but wouldn’t have to – others could get BB certified). You could buy, let’s say the latest RIM Bold device, run Android Jelly Bean, and install the Blackberry IS (internet service for regular customers) or ES (for enterprise customers) app, which would basically integrate deep into the OS (without compromising its upgradeablity) and bring all the features you are used to from “old Blackberry”, such as remote wipe, encryption, theft protection, factory reset, exchange server integration, data compression, complete surveillance for your favorite dictator governments (I am kidding), etc. The app would cost money, and the service would be subscription (easy for huge companies). Services could be sold around it, as well as training and certification.

The additional benefit (aside form no longer having to maintain your own operating system and running a futile competition with Apple, Google and Microsoft at the same time), would be that no matter which operating system, it could be “turned into a Blackberry” and be monetized. Depending on how daring RIM would be in this scenario, they could even ditch the whole device strategy and make the service available on all hardware AND all operating systems. Doing so would turn Blackberry into the ultimate enterprise infrastructure on mobile, compatible to everyone and also upending the value chain, thus making the company so flexible it could turn into a different direction at a moment’s notice without having to deal with a huge, unsustainable operating system branch. It would be able to sell additional service that require its blackberry service installed and as such create an ecosystem of services on top of its own services, for example reincarnating its nascent messenger service to kill off SMS forever (in some countries the messenger is the main reason kids buy a Blackberry).

I know it sounds simple, and maybe they have thought of it, but really if I was in that boardroom, this is what I would do. All the money that is currently going into a desperate effort of relaunching BlackberryOS is just really not worth the trouble. Convinced? If you read this and work at RIM, get in touch with me, I am more than happy to bill you for my consulting services :)