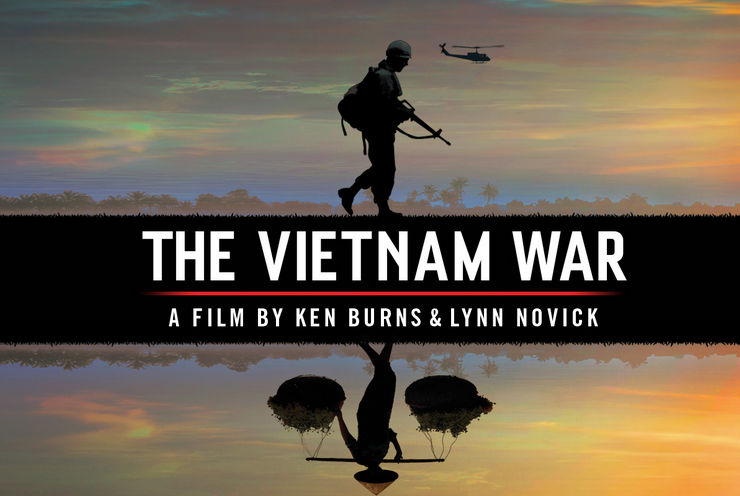 A few years ago I watched Ken Burns‚ much talked-about documentary The Vietnam War. The PBS 10-episode chronicle of (the mostly American phase of) the war in so-called Indochina is important, well-made, necessary, flawed and controversial. This isn’t, and can’t be, a full-on review, but I want to provide some thoughts on the mini-series.

Of course, such a product can hardly replace stacks of good books and research on the decades long conflict. I’ve read a number of them over the years, as well as other documentaries and magazines and the odd college lecture about the cold war (I have undergraduate and graduate degrees in political sciences and public policy, and I focused a lot on international relations and US history and culture). If you dive into an aspect of history like that, a lot of things keep repeating itself – until some new revelations come about questioning a lot of long held beliefs.

In the many months after watching it, I also watched Burns‘ The War, his chronicle of the toll of the second world war on a hand full of American towns and their families. An intimate portrayal that served as a nice companion piece to the Spielberg/Hanks productions. Whereas The War looked at the fates of young soldiers in the various theaters of war from the perspective of one town, driving home a point at the massive societal effect the second world war had, The Vietnam War is more of a chronicle that has less focus and tries to cover it up with style. It’s still an important document with many contemporary voices and lots of news footage, but just like it’s companion documentary, there is just a very thin layer of actual insight and revelation or even scientific or journalistic discovery. Burns‘ documentaries are very well made, told and researched, but he’s not an investigative journalist, and The Vietnam War is no Hearts and Minds.