5 Ways to Save Blackberry

Now that Blackberry is sort of back in the game with two smart-phones that can keep up with the rest of the market (the touch-only Z10 and the QUERTY-equipped Q10, both with BBOS 10), the question for the company is how to use t his momentum and save the company from oblivion, with market shares so low most people don’t seriously consider Blackberry any sort of option anymore (try it, talk to your friends). It doesn’t help that Blackberry’s leadership gives off questionable comments, but maybe someone hits him over the head to get him back to his senses. Who is he to predict the future of mobile? He should be happy to still have a job at this company.

Apple basically has one phone, and they’re doing great. I think Blackberry should keep having only two types of phones: those with and those without physical keyboards. There could always be some other type of product (like a tablet) but in terms of phones, they should keep it simple. One reason Nokia blew up is because at the end, nobody on earth knew what the hell the company stands for, with a constant of 1000000 models on the market at the same time. Focusing on fewer models will concentrate resources and help sharpen the company’s profile. It will also help customer choice to clearly associate Blackberry with just a certain type of product, i.e. a business phone, period. I think a low budget BB is a horrible idea.

Blackberry phones are extremely expensive for a company that needs to win back market share. It needs to find a way to sell them at least 40 percent cheaper, because customers are increasingly unwilling to spend two years downpaying a 600 EUR phone, as most people in Europe do (they get them with a new service plan and pay it in instalments, which literally saves no more than 1 cent, and considering the loss of value it is a rip-off). A lower price will allow Blackberry to win over customers that yet to make up a decision whether to invest in a top notch Android model, the latest iPhone or a Windows Phone for their power-user needs. Most business-minded people would love to be back with a phone that is most and foremost a power tool, not a toy, but the hefty price keeps them away. 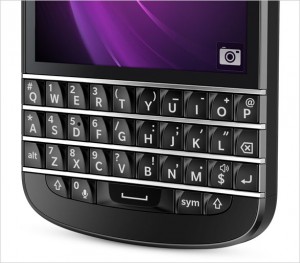 It needs to be cool again to have a Blackberry. The company should focus all their corporate communication and marketing on delivering the core values of their product: a state-of the art, enormously high grade business gadget with a touch of cool. Apple had those 2-color ads where just the earbuds and device stuck out in white, it kept it very simple. They turned their gadgets into a fashion item. Blackberry needs to turn it into an accessoire as well, but one for business. Right now, if you have a Blackberry, people pity you, and let you use their phone if you wanted something from the web quick or something multimedia. Blackberry needs to sell this as the most powerful communications tool known to man.

4. Innovate to gain an edge

Blackberry OS 10 is already a great effort by the company to be back in the smart phone game. Some aspects of the OS outshine the competition, but overall it still lacks consistency and true innovation. In order for Blackberry to make their mark, they need to fine tune, streamline and pimp their interface and tools so much that using a Blackberry is something different than not using one, it needs to be such a smooth experience people will want to have the same on their iPhone. The same needs to happen with the hardware. Longer battery life, high grade material, and good accessories add enormous value to the product. I bought a shitty Android phone last year just because it had a QUERTY keyboard. Blackberry needs to leverage the advantages of features that are just downright better than everyone elses‘, and it will need the product reviews to prove it.

To some extent, owning a Blackberry used to make you part of an exclusive club. You had to use the BIS or BES that no other company in the world had, you knew what service books are, you had a physical keyboard…. one way to be cool again is to sell more than a phone, sell advantages. Blackberry should team up with a number of other companies, institutions and such to offer additional benefits that you just won’t have if you use a different phone. For example: memberships, frequent flyer miles, discounts, exclusive access, special events and so on. But not Groupon style (repackage stuff to make it seem cheap), but real advantages.

If this article sounds a little like I wish I had a Blackberry again, then yes that is true. I hope to be back in the Blackberry camp any time, but I am still hesitating because I am not sure whether they will screw it up again, after this great comeback. I wrote a similar article before, which in some ways is still valid, but things look different now…